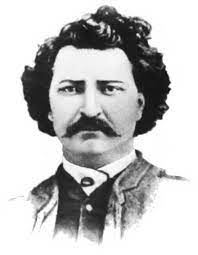 On November 16, 2022 we acknowledge Louis Riel and reflect on his important role for the advocacy of the Métis Nation.
Louis Riel was a prominent leader among Metis people and fought to protect Metis rights against the Canadian Government. He led the Red River Resistance (1869-70) and North-West rebellion (1885). In 1885, Riel was charged with high treason by the Canadian Government and was subsequently convicted and hanged in Regina on November 16, 1885. In 1992, the Parliament of Canada and the Legislative Assembly of Manitoba formally recognized Riel's contribution to the development of the Canadian Confederation and his role, and that of the Métis, as founder of Manitoba.

Erase is all about building safe and caring school communities. This includes empowering students, parents, educators and the community partners who support them to get help with challenges, report concerns to schools, and learn about complex issues facing students.

No data is available at this time. This may mean that school buses are not running today, or current information is not yet available.

Create an account or update your communication settings to get bus notifications via email or text.

School bus information line is 250-782-1061. Bus Garage phone number is 250-782-2106. In Chetwynd area, for school bus information, please contact Standard Bus at 250-788-2415. Any delays of twenty minutes or more or cancellations will be announced on this line, as well as CJDC radio, Peace FM, and Big Country radio.

The StrongStart programs are running as scheduled.